skip to main | skip to sidebar

Ashley had her first Halloween party with girls AND boys-
They are a great group of kids and we sure had a blast coming up with fun oogly googly foods and games! 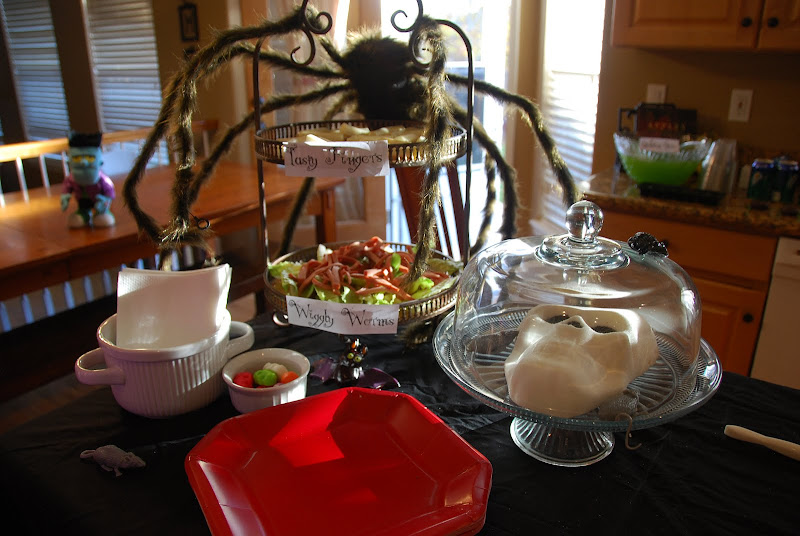 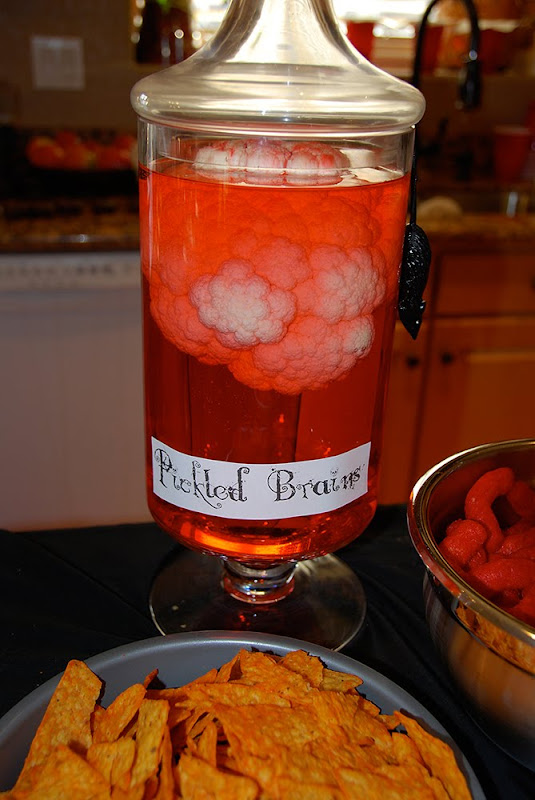 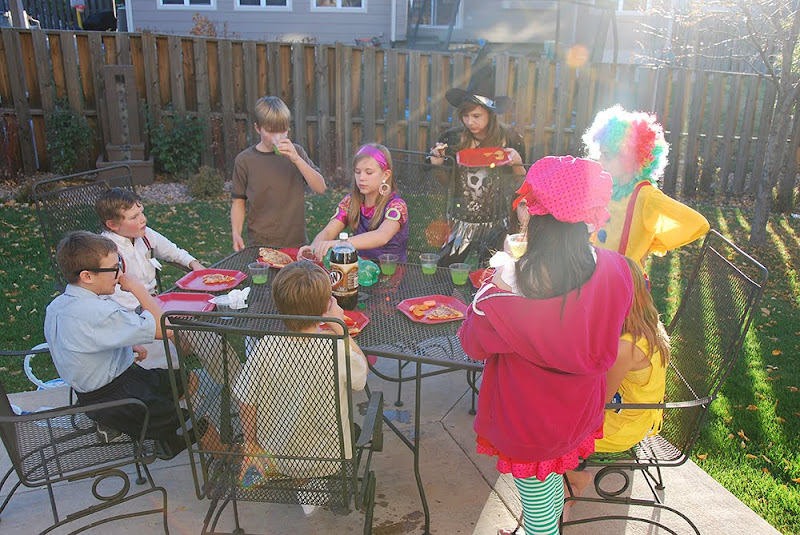 They played a lot of games-
We had gummy worms hidden in a plate of cool whip and they had 30 seconds to get them all out without using their hands-
messy but fun! 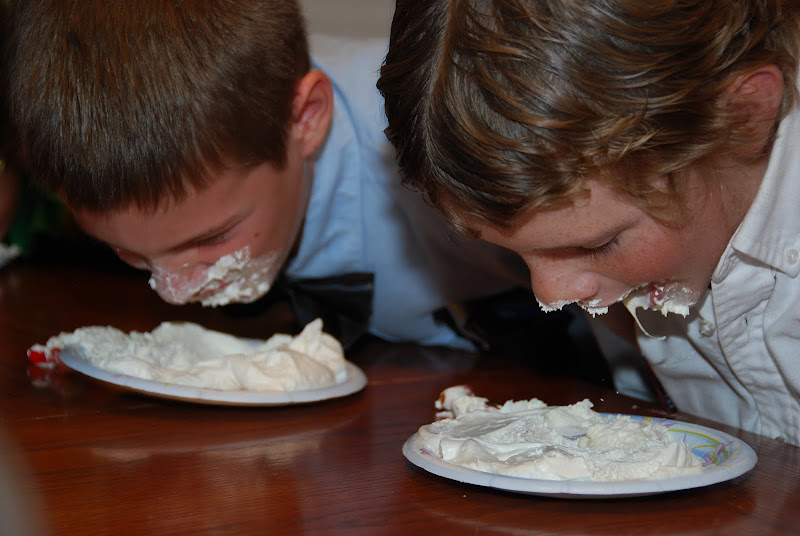 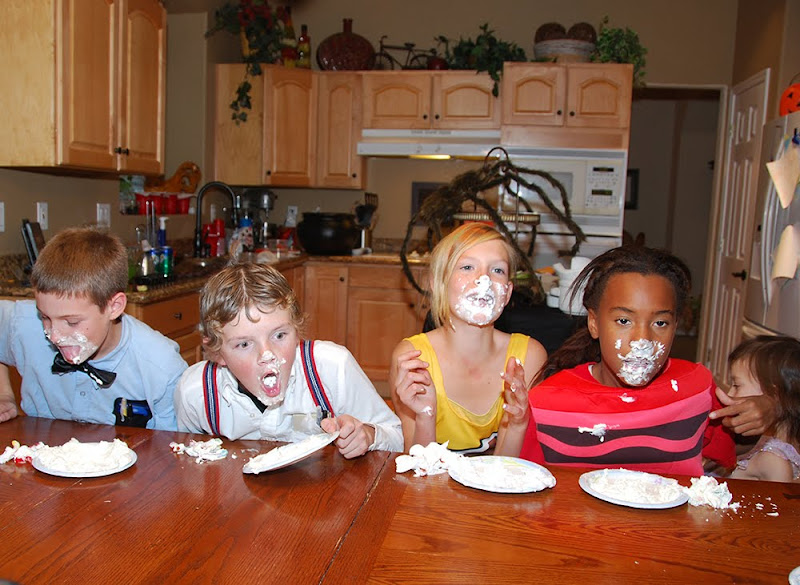 The classic doughnut eating game.
It is so much harder than it looks!
And no Carson is not licking Carly's arm- it just looks like it in the picture!
He was desperately trying to get his darn doughnut! 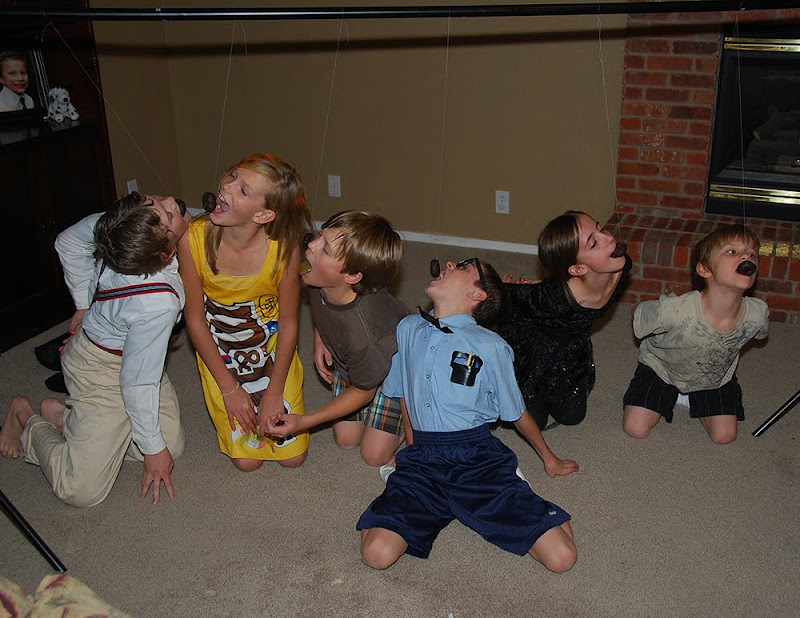 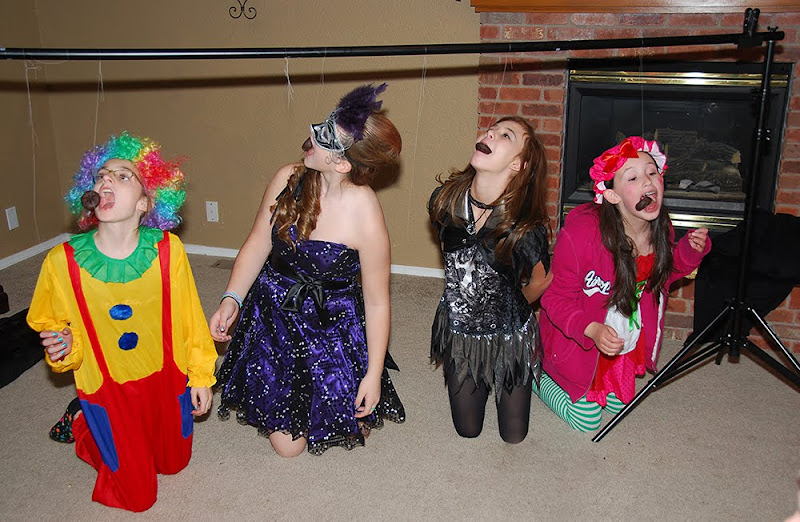 Bowling with a pumpkin and toilet paper!
We love doing this game every year! 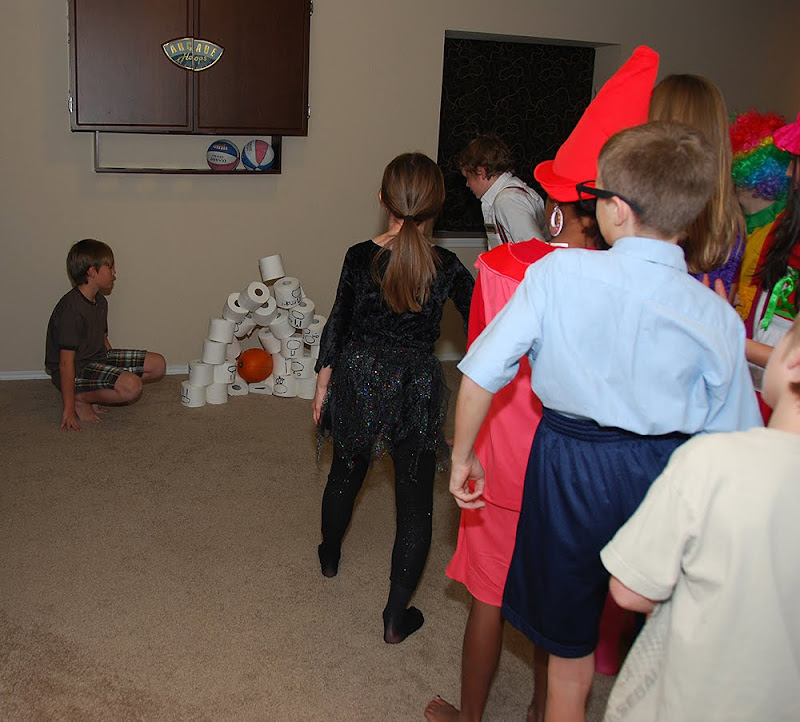 We also had a guess that food game
with some pretty nasty tasting food!

And of course I had to take pictures! 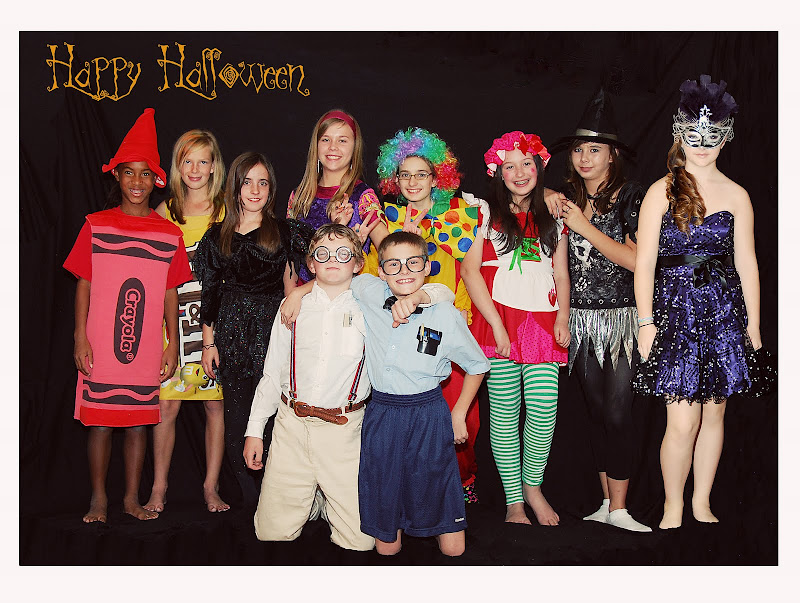 These two were so hilarious, they kept competing all night about who was the better nerd! Now that's entertainment! 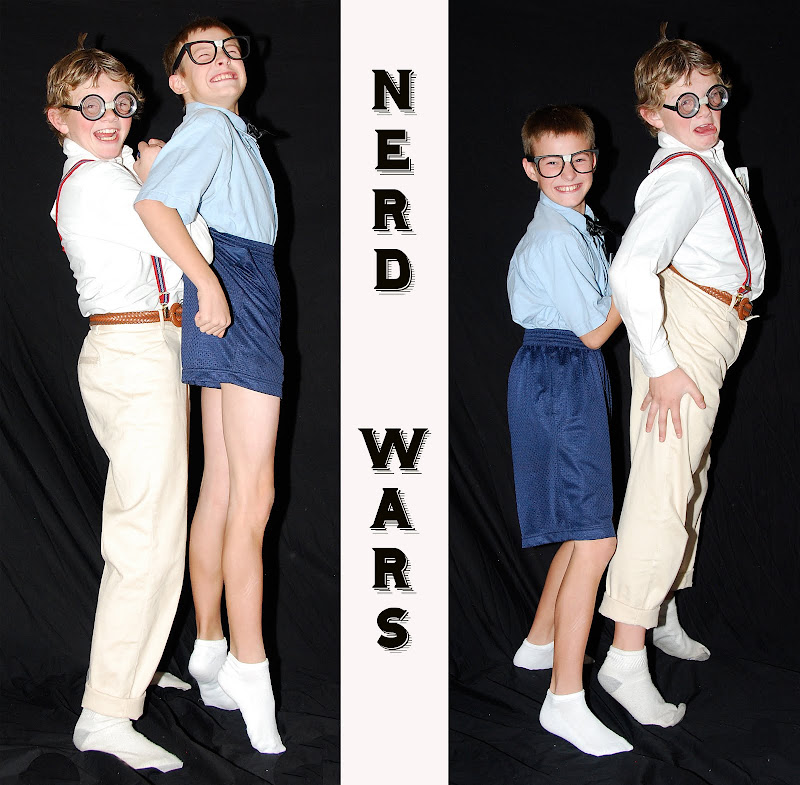 We also had a costume contest, a guess how much candy in the jar contest and as they left we gave them their pictures and some Count Chocula cereal.
It was a great night!
We have a busy Halloween weekend ahead, more fun to come!
Posted by Becki Madsen at 12:00 AM

What a great party! You sure are creative with all the spooky treats! I love the pickled brains. You sure were brave to do the donut contest on your carpet. I love that Cars is licking her arm in attempts to get the donut. :) Everyone's costumes were great. Love the boys!

Good times! Carson is definitly licking her arm AND holding her hand!! Too funny!

What a fun, fun party! Looks like everyone had a blast. And boy did you have some creepy food - very creative!!

Can anyone say Revenge of the Nerds 6? Looks like a great party Ahsley!

I read your blog.I thought it was great.. Hope you have a great day. God bless.

Thanks for sharing the pictures of Halloween party activities. Tempted to have one with my friends too. These details are more than enough to arrange a perfect horror party. And if we talk about place, San Francisco venues is the best option. Will discuss the package and facilities provided by them once.

UPDATE! Click on the button below to buy the new and updated CHORE CHARTS! All images on this blog are copyrighted, DO NOT USE without my permission!

Becki Madsen
I love the beautiful chaos of raising six kids, I am my husbands girlfriend, a wanna-be photographer, a running/yoga junkie and a college student. Life is busy but perfect. Here is our story....